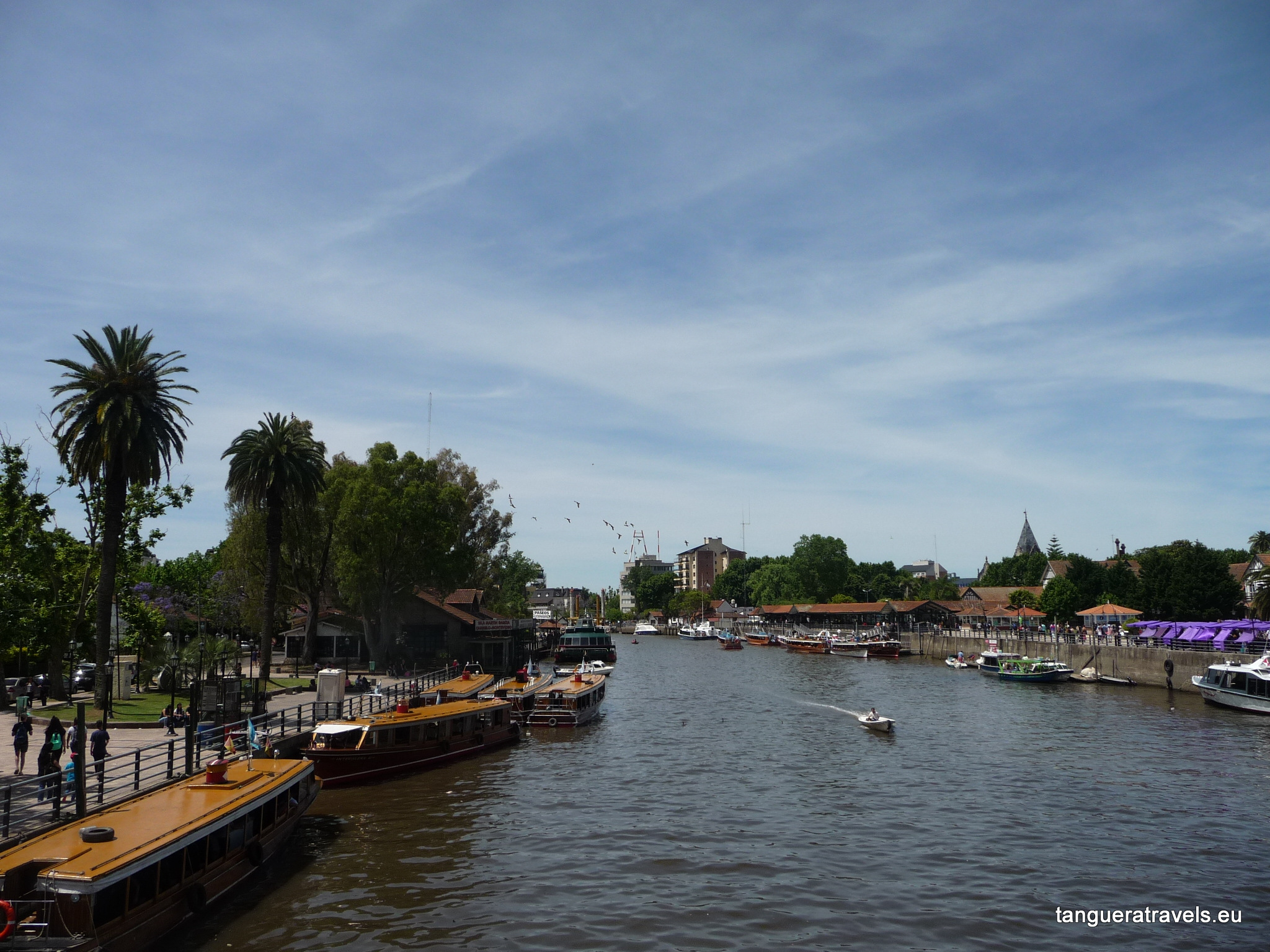 While you’re never going to run out of things to do in Buenos Aires, if you’re staying for more than a few days and the weather is good, Tigre is well worth a visit. It’s still within the province of Buenos Aires and is about 35km from the city. Located at one of the largest river deltas in the world, Tigre is a popular destination during warm weather for those who want to escape the city.

There are tours leaving from Buenos Aires, but there are several options to get there by yourself with public transport. This article covers all the options including boat, train and bus. I took the train from Retiro station which went directly to Tigre in about an hour. These trains run to and from Tigre roughly once an hour and there is no need to reserve in advance. You can put the price of the ticket on your SUBE card (ie the same one you use for the public transport system). This article on the website of the English-language website of the city of Buenos Aires provides a useful overview of the public transport system.

The train stops at various suburbs of Buenos Aires and at almost every station vendors entered selling everything from sweets to socks and tissues. They were not pushy at all, in my experience. What to do in Tigre

Once I arrived in Tigre, I went for a walk by the river, where there was a small market selling jewellery and some souvenirs. A bit further on, the Puerto de Frutos is where to go if you like browsing bigger markets and typically you can find souvenirs and handmade goods cheaper than in Buenos Aires. I didn’t stay long though as it was really crowded (I went on a Saturday) and I had already bought a ticket for a river cruise which I didn’t want to miss.

There are several tours offered, varying in length from one to several hours, the longer ones usually including lunch. Before arriving in Buenos Aires, I had spent five days in Patagonia, where I had a not very pleasant experience on a boat (more about that in the next post) which is why here I opted for the shorter tour. And it was fine, pleasant even. Being on a river on a huge catamaran is obviously not the same as being on a small boat in the middle of the ocean. But the memory of myself almost hanging over the edge of the boat in Patagonia was still fresh in my mind and I wasn’t going to take any chances. The tour took us around part of the delta, but I would go for the longer tour which goes deeper into the delta if I was going again. By the way, the brown colour of the water is due to the amount of river sediment. You can observe the same phenomenon when you see the Rio de la Plata in Buenos Aires or Montevideo. Back on dry land, after a quick lunch at a restaurant by the river, I went to check out the world’s only maté museum. I was the only visitor, so I had the full attention of the sole member of staff, who gave me an introduction into the origins and history of this drink, as well as its health benefits, before leaving me to wander around the museum. The exhibits consist mostly of maté gourds, bombillas (the metal straw that you drink from) and vintage advertising posters.

You can finish your tour by trying the drink at the maté bar outside. I didn’t get to the art museum – one museum on a beautiful sunny day was enough for me. But I would like to go there on my next trip. If you find yourself in Tigre on a rainy day, there are six more museums; they are listed here. As evening came, it was time to head back to Buenos Aires to continue with the main purpose of my stay: dancing tango…