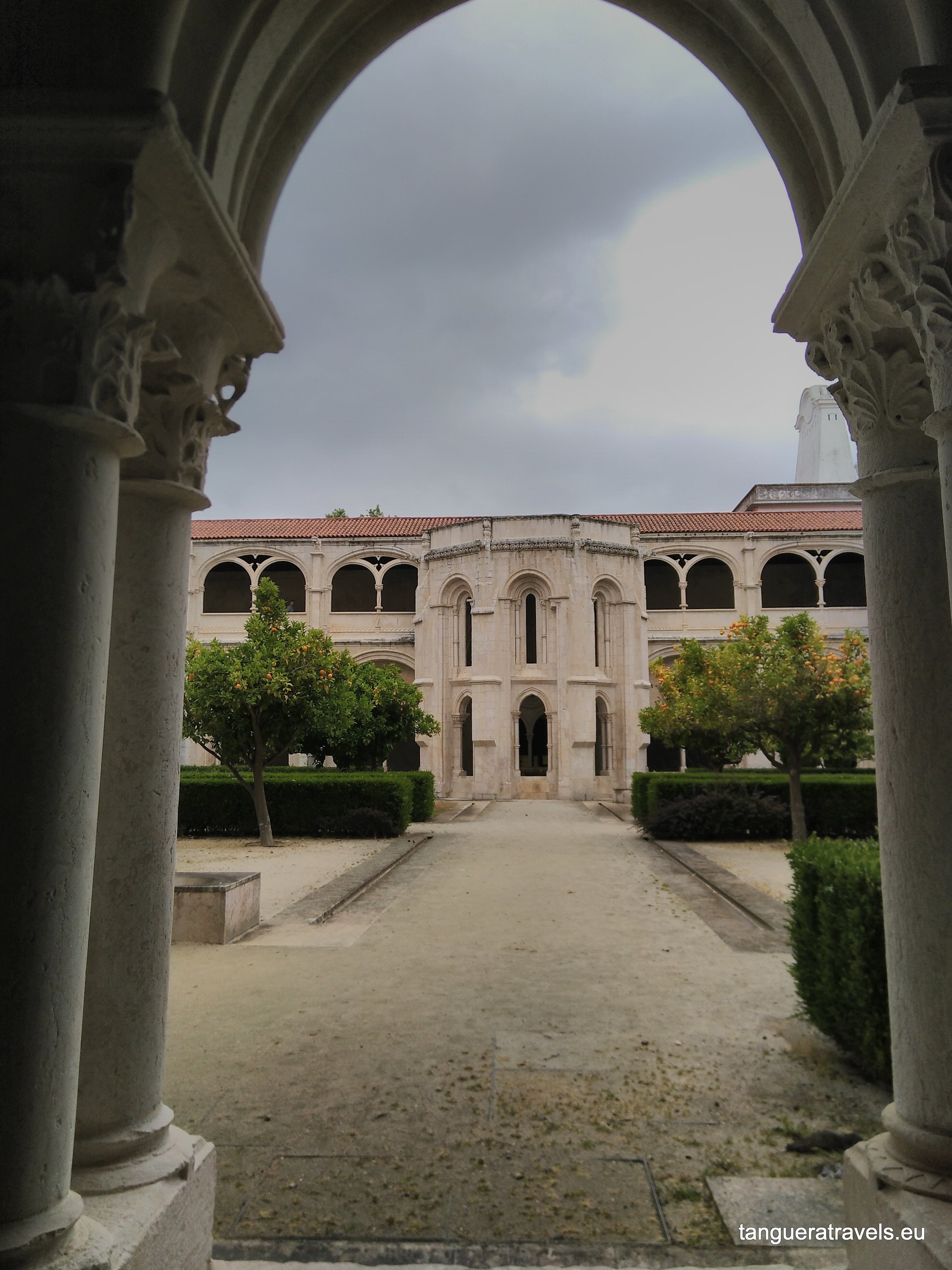 There are two people buried in the monastery of Alcobaça and it was them who first brought me to Portugal. I was fifteen and had just won a writing competition organised by the Portuguese Ministry of Education. My entry was a re-telling of the story of Ines and Pedro, written in diary format from the point of view of Pedro. I called it “The Dead Queen”.

Don Pedro and Ines de Castro: a Portuguese version of Romeo and Juliet?

The story of Ines and Pedro is well known in Portugal. It is based on true events that occurred two hundred years before Shakespeare penned his tragedy of star-crossed lovers. Pedro, heir to the throne of Portugal, was married to Constance in a political alliance arranged by his father, Alfonso IV in the 14th century. But he fell in love with Ines de Castro, lady in waiting to Constance.

The affair began in secret, but once Constance died, Pedro and Ines lived openly together, with their children in Coimbra. It wasn’t only Pedro’s father who disapproved of their relationship, but also the people and the court. Pressure grew on Alfonso and he ordered the execution of Ines in 1355. The order was carried out while Pedro was away from Coimbra. After his father’s death, two years later, Pedro became king and ordered the execution of Ines’ killers. He also ordered her body to be exhumed. He made the members of the court kiss her hand and honour her as their Queen. She was then moved to the monastery of Alcobaça where a tomb was built as her final resting place. When I was researching this post, I came across this very informative article, mainly about how the tombs of Ines and Pedro were made. Scroll down and look at the third image, Columbano Bordalo Pinheiro’s “Ines’ plea”. I remember seeing a picture of this painting in a book when I was researching for my competition entry. Even looking at it now, I still find it very powerful. I remember looking at her face, pleading for mercy, as she knelt in front of her executioner, one of her children clinging to her. Struck by the injustice of her being killed because her relationship with Pedro was seen as politically dangerous for Portugal,  I tried to convey all of this as I wrote of Pedro’s grief in his fictional diary. “Ines’ plea” really helped with that.

This summer, I returned to Portugal and Alcobaça for the first time since then. Before leaving, I searched, unsuccessfully for photos of the first trip all those years ago. I clearly remembered the white marble tombs of Ines and Pedro. I remembered walking along the aisles of the church, but that was it. No memory at all of Alcobaça itself, nor even the outside of the monastery. Often, we remember places we visited as a child as much bigger. When we return as an adult, we realise they are much smaller. In the case of Alcobaça it was the opposite, as far as I was concerned. Standing by the tomb of Ines eclipsed everything else.

A brief guide to the monastery of Alcobaça

Now that I’ve explained a bit about why Alcobaça is a special place for me, I’ll tell you about some of the things you can see in the church and monastery itself.

Entering the monastery you arrive first in the church which seems to stretch out endlessly in front of and above you. It is actually 100 metres long and 20 metres high! The layout of the church is based on a cross. The tombs of Ines and Pedro are located in the transcept, on either side and facing each other.

The carving on their tombs is incredibly intricate and depicts the Final Judgement Day. The statues of Ines and Pedro each wear a crown and are carried by angels.

Entrance to the church is free, but it is worthwhile to pay the 6 euro entrance fee to see the rest of the monastery. After leaving the church, you first enter the room of the Kings which contains 19 statues of the kings of Portugal. Along the bottom of the walls are blue and white painted tiles which depict the history of the monastery. From there you can continue to the Cloister of Silence. In the centre is a courtyard lined with orange trees. Upstairs you can visit the monks’ dormitory which has a view over the Cloister of the Cardinal which itself cannot be visited. Back downstairs again you can visit the refectory which is where the monks had their meals. While they ate, one of the monks would read passages from the bible from a high stone pulpit on the left side which is integrated in the wall. One of the most impressive rooms in the monastery is the kitchen with its huge chimney and oven which was designed to be large enough to roast an entire ox over the fire pit. Other places to see in Alcobaça

After leaving the monastery, we went to the Garden of Love, a small park dedicated to the memory of Pedro and Ines. It’s a short walk from the monastery and entrance is free. The Garden is located where the rivers Alcoa and Baça meet, which according to local legend are themselves named after two unhappy lovers whose tears formed these rivers. No information is on display, but you can download the municipality’s free walking guide here if you’re interested in knowing more about the history and also for a few more tips of places to see in Alcobaça. Despite being late June, it was a grey, rainy day when we visited Alcobaça, so once we had seen the monastery and the garden, we decided to head back to Obidos (also because of the very infrequent bus connections). I’d say a day would be more than enough for seeing the main sights in Alcobaça at a leisurely pace. You could also visit the castle ruins on a hill just west of the monastery and consult the municipality guide for more ideas of what to see. I highly recommend visiting the monastery of Alcobaça if you are spending a few days in central Portugal (eg if you are travelling from Lisbon to Porto or the other way around), or even as a day trip from Lisbon if you are going to be there for a few days.

We visited Alcobaça while we were staying in Obidos (more about that in a later post). There was no direct bus, so we had to change at Caldas da Rainha. It took just under 2 hours. Bus connections are not very frequent and the last bus from Alcobaça leaves around 16:00, so make sure to check the times if you are coming back the same day! More info here.

If you are staying in Lisbon there is a direct bus line which will get you there in around 2 hours for about 10 euros one way. Check bus connections here.

Have you ever gone back to a place you visited as a child and found it different from how you remembered it? Or is there a particular place that inspired you, that you keep going back to (or would like to)? Let me know in the comments below!