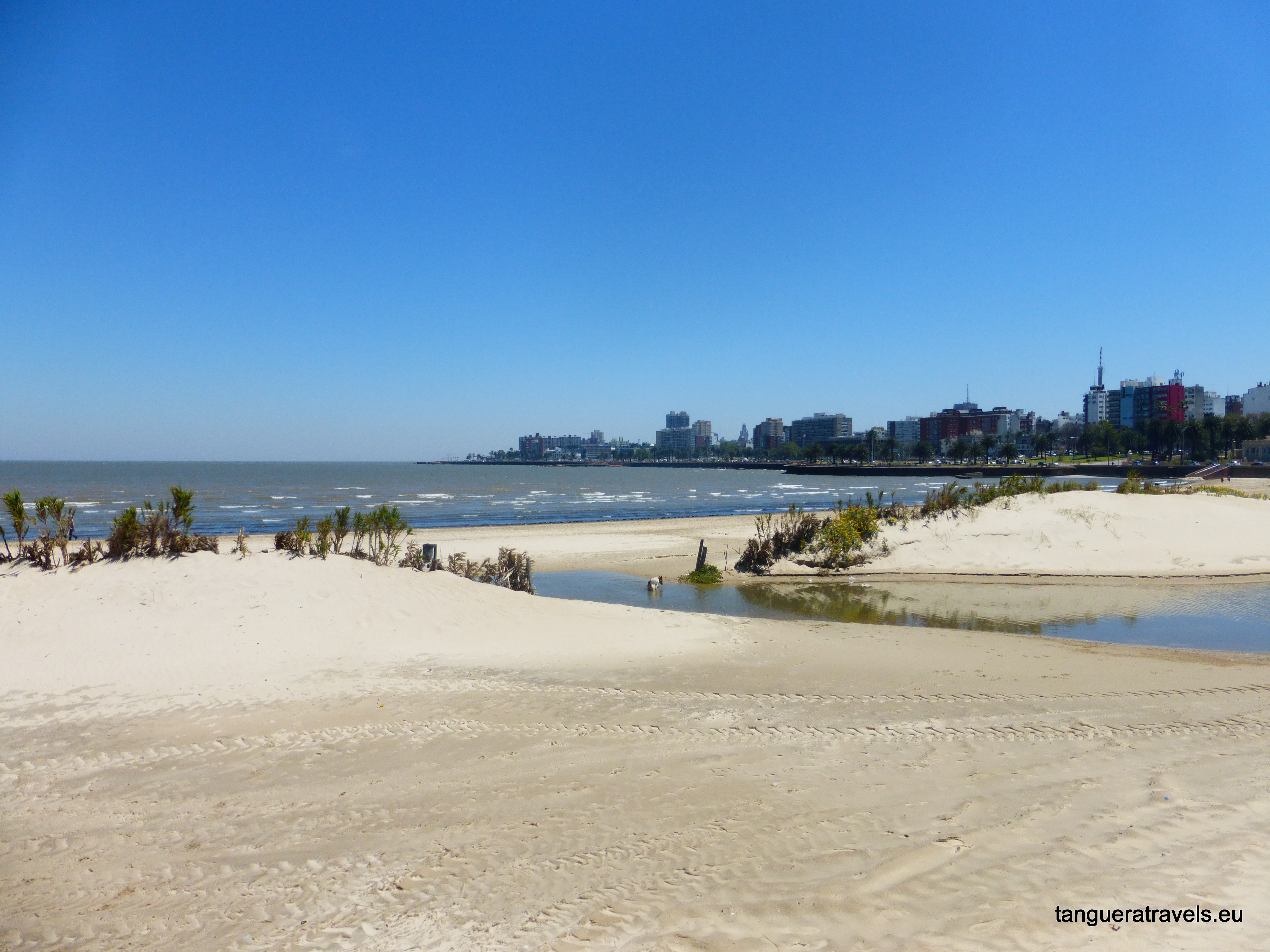 A fellow passenger on the ferry from Buenos Aires thought I was crazy for planning to stay for almost a week in Montevideo. True, if you want heaps of sights to check off your list and crazy nightlife, it might not be the right choice for you. But I soon found that I would have been happy to stay longer. Below are my top nine reasons for visiting Montevideo. Montevideo is a relatively small capital (1.3 million inhabitants according to the 2011 census) and if you are staying in the centre or the old city, you can see many of the sights on foot. Most of the people I met in the short time I was there were friendly, helpful, laid back and very welcoming.  Maybe it was because I was travelling alone, but I found Montevideo to be a great place to start out a trip to South America. Although I am definitely a city person, I do find large cities a bit overwhelming, particularly after a long-haul flight. I remember feeling quite overwhelmed when I arrived in Bangkok on the first leg of my big trip the previous year.

Montevideons drink maté everywhere. And not just in the parks or at the beach, but walking along the street, thermos tucked under their arm, sipping maté as they go about their shopping. There are plenty of places to buy maté gourds around the city and it also makes a great souvenir. The smell and taste of maté never fails to conjure up holiday memories for me,  even on the gloomiest Belgian winter day!

3. Beaches within walking distance of the city centre

Well almost. I suppose it depends on your definition of walking distance 😉
So don’t do like me and underestimate the length of the Rambla or the strength of the Uruguayan sun! I made this mistake on my very first day, when I walked from the city centre to Playa Ramirez and back again. I had bizarre triangular shaped patches of sun burn on my legs for the rest of the holiday, but that is a story for another day (or not). The beaches can be easily reached by bicycle or public transport from the city centre. I had seen the Solis Theatre on my first day when I was walking around Plaza Independencia and I had read in my guidebook that there were regular organised tours. Tours are given in Spanish, Portuguese and English several times a day except for Monday. The guides are students from the Montevideo university, who are both knowledgeable and enthusiastic in sharing its incredible history. It really is worthwhile. For up to date information on tour times and ticket prices check the website. I also went to two concerts while I was there. One was the Sunday pre-milonga concert in Mercado de la Abundencia which I already wrote about here.

The other was Michael Gordon’s Timber in the Solis Theatre, in which Juanita, who had introduced me to the Montevideo tango scene, was performing. Timber is an uninterrupted one hour performance during which the music seemed to pass like a wave between the six percussionists, at times sounding a little like electronic music. The “black box” that is the Zavala Muniz room was the perfect location, focusing the audience’s attention on to the stage with no distractions. We could move around during the concert which contributed to the unique atmosphere. I think this is one of these you-had-to-be-there experiences which is hard to capture in words. If you want to have an idea of  what Timber is like, have a look at this interview with Michael Gordon which includes some excerpts.

I was mostly self-catering during my trip because I like feeling as if I’m living in a place, going to the supermarket, doing my own cooking. Yes call me strange if you want. Also I don’t eat beef. I realise this means I am missing out, but you don’t have to! Try the steaks! I’ve heard they’re really good. Feeding frenzy central seems to be Mercado del Puerto which is a fun place to wander around even if you don’t want to eat. I’ve heard people say it’s expensive though. The main guide book I was using in Montevideo, the Guru’Guay Guide has a section on restaurants and there is also a lot of helpful information on her blog. Anyone thinking of visiting Montevideo should have a look! I may not like meat, but I do like coffee, tea, maté, hot chocolate… in particular if I can enjoy them while sitting in a historic café, preferably one (that used to be) frequented by famous writers. Perhaps I am hoping there is still something of them drifting in the air, that will somehow make the present coffee drinker who is scribbling in her notebook a better writer.

One of these places is Cafe Brasilero, Montevideo’s oldest café and once a haunt of Mario Benedetti and other writers. Nowadays, their pictures adorn the walls, along with those of several tango legends. You can sit and take as long as you want to drink your coffee, read the newspaper and gather your thoughts. Staff will not rush you at all as was the case in all of the cafés I visited. My other favourites include:  the café in Clube Brasileiro (take the elevator to the second floor) and the café upstairs in the bookshop Puro Verso. Walking around the city centre on Sunday I found the city seemed to be completely deserted. All the cafés around where I was staying were closed. Then I realised everyone was at the Flea Market along Tristan Narvaja street. Or at least it felt that way. Here you can find literally anything, from clothes, books, souvenirs and food to rabbits, budgies and fish (all alive). The market spills into the side streets branching off from Tristan Narvaja which also tend to be less crowded. There were performances by some musicians as well and I was particularly taken with Antonio Sanguinetti. Guess what he was playing on his guitar? Yes, you guessed it 🙂 I bought his CD, Tributo a Gardel y Le Pera. He also plays Uruguayan folk music. I don’t know if he plays there every Sunday, but definitely worth checking out! 8. You can wander around the city and take photos

I realise this is not unique to Montevideo. But I really did enjoy wandering around the old city with no fixed route, taking photos. Many of the streets I walked down were empty. The faded, slightly run down coloured buildings made me feel as though I had stepped back in time. Keep an eye out for street art as you explore the city too! 9. Visit a graveyard with a sea view

If you have always wanted to visit a graveyard with a sea view, or you are simply looking for a quiet, shady place to go for a walk on a hot day you should pay a visit to Buceo Cemetery. This is definitely NOT within walking distance from the city centre. I took bus 60 from a stop on the right side of Avenida 18 julio (if you are coming from Plaza Independencia), just after the corner with Colonia street. The journey takes about 30 minutes and if you ask the driver, he’ll tell you which stop to get out.

I hardly saw anyone while I was there. It was so peaceful and shady, I sat down for a while to write some notes for this blog post. I’ve been talking about the sea in this post; actually what you see on these photos is the Rio de la Plata. But doesn’t it look like the sea? And I have it from a reliable source that Uruguayans also refer to the river as the sea. Think of it as Uruguayan-approved poetic license. Have I convinced you? When will you be going to Montevideo? Or if you have already been, what is YOUR top reason for visiting this city? I’d love to hear from you in the comments below!