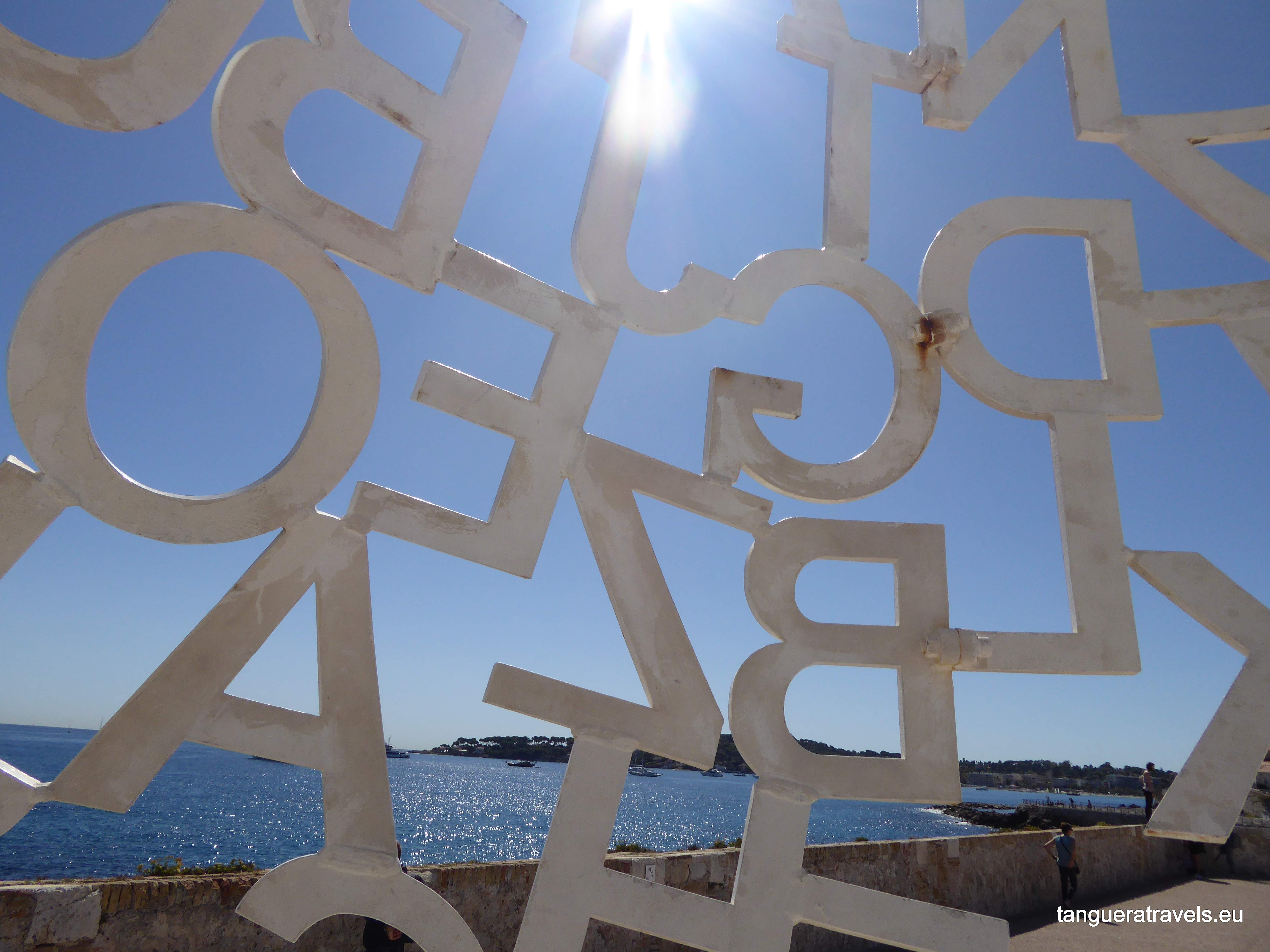 Of all the places I visited while I was in the south of France, Antibes was my favourite. We spent a day there, and the next time I go back to the Côte d’Azur I’ll definitely be staying for at least a few days. I can’t quite put my finger on it, but Antibes has a cerain sparkle. Of course it helped that the sun was shining so much, it felt like it was trying to offer us compensation for the previous day.

A short walk from the train station brought us to Port Vauban, also known as “millionaires quay” due to the number of yachts moored there. The port is named after Louis XIV’s military engineer, who fortified it in the sixteenth century. Walking along the fortifications, we admired the sea views. Go to the beach

Afterwards, we went to Plage de Solis, a small public beach just behind Port Vauban. It was a bit crowded but we found a spot. The water is very clear there but quite cold at the end of September. If you go in, watch out for the jelly fish! A highlight of visiting Antibes is the impressive “Nomade”, the eight metre high sculpture by Spanish artist Jaume Plensa. It looks like it is made from metallic lace and as you come closer, you realise that the body of the squatting figure is made up of letters. The contrast against the blue sky is striking and you can look at it from a distance, from close up and from different perspectives, including from the inside and not grow tired of looking at it. The sculpture is located at the Bastion St Jaume, a short walk from Port Vauban, but it may not be accessible everyday. For example of Mondays the entrance seems to be closed, see here for more information and check in advance, especially if you are only in Antibes for one day! Art is everywhere along the Côte d’Azur and Antibes is no exception. The Picasso museum is housed within the Château Grimaldi, close to the sea. We didn’t go in as we wanted to be outside as much as possible after two days of bad weather, but I’ve heard it’s a must for Picasso fans. Note that certain parts of the museum will be inaccessible in May and June 2018 due to renovations. The museum is closed on Mondays. More information on opening times, entrance fees etc available here. Even if you don’t go into the museum you can still see replicas of some of Picasso’s works (and those of other artists who lived and worked here) as you walk along the sea front, heading away from Port Vauban. Get lost in the Old Town

The old town is a labyrinth of windy streets, many of which are almost deserted at least in late September when we there. Start at Place Nationale, the oldest of the town’s public spaces and get yourself an ice cream before heading off to explore.Can’t think of a better way to end a day out in Antibes.