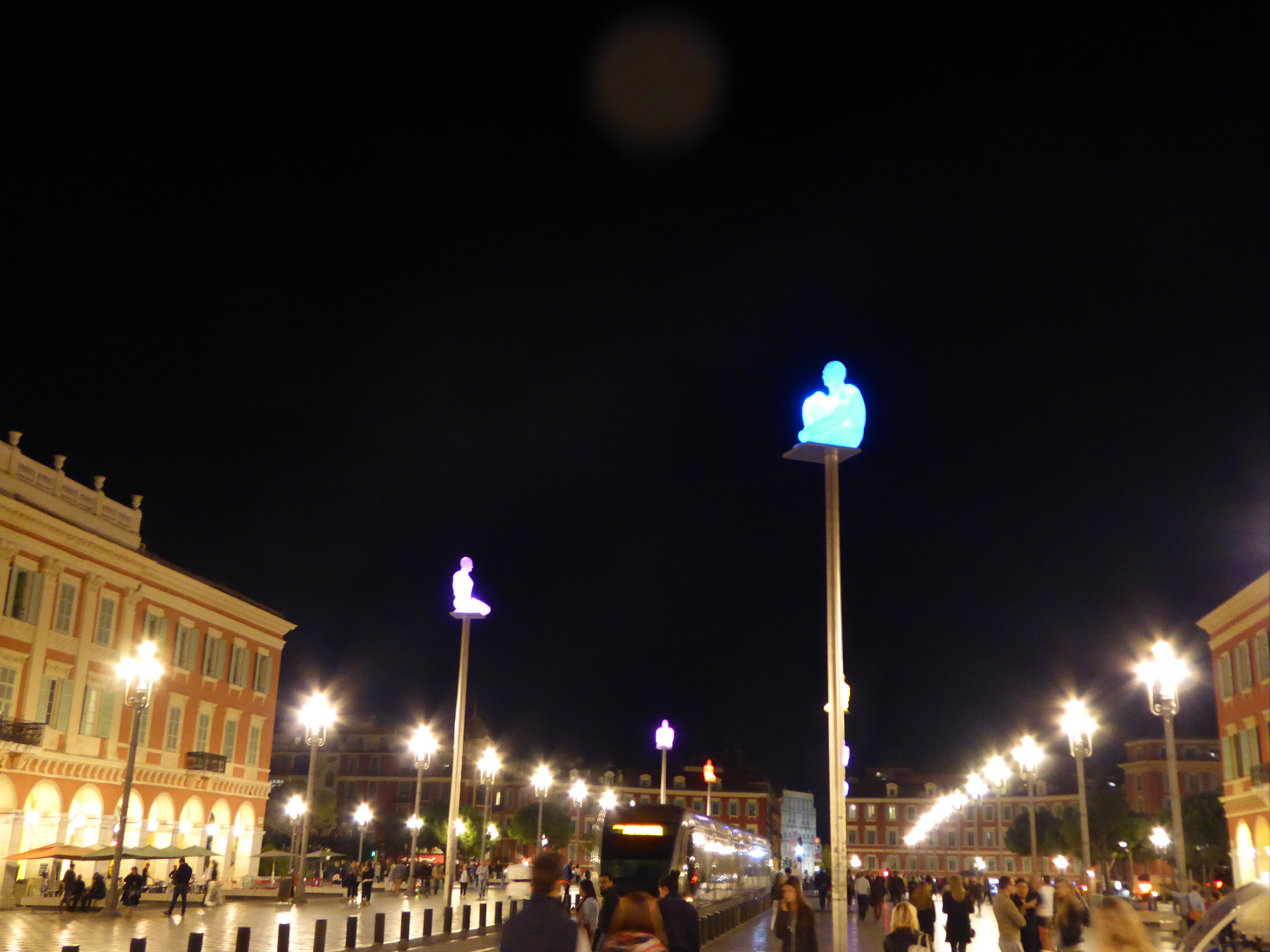 There’s something about dancing outside. When I go to an indoor milonga, I often feel as if I am stepping into another world. Outdoors it’s there, beside everyday life, often surrounded by non-dancers who watch or are simply going about their daily life. In an open square, in a park, or as I experienced when I was in Nice, under an arcade and outside a museum.

Maybe I think it’s special because I don’t often get the opportunity, here in often rainy Brussels. I also find that outdoor milongas tend to be more relaxed. The two milongas I attended in Nice were both outdoors and at both people were very relaxed and welcoming. It was my first time to dance in this city, so I don’t have any comparison. But after this experience I definitely want to go back. Maybe even for the Nice Tango Festival later this year.

Having taken the train from Marseille, I arrived in Nice on a Sunday evening, where I was meeting friends. We planned to base ourselves there for a few days while taking day trips along the Côte d’Azur. There was time to drop my bags, shower and change, before heading to Place Garibaldi for a pre-dinner tango.

The milonga takes place during the summer and into late September (at least it did when we were there last year), under the arcades outside a restaurant called “L’Amuse Bouche”. There are tables outside, both along the arcade and just beyond it, so my friends could sit and have a drink while I was dancing. There is no entry free, but obviously it’s polite to order a drink as the milonga takes place in cooperation with the restaurant. The organisers are also involved in the Very Nice Tango Festival, which takes place this year in August. It starts around 17:00 and goes until 20:00. The second milonga I went to was my last night in Nice, after my friends had left. This one is organised by El Gato Tanguero, who also organise milongas in the nearby Italian town of Ventimiglia. The outdoor milonga takes place on the square directly outside the Museum of Modern and Contemporary Art (”MAMAC”) and the National Theatre. It starts at 21:30 and goes until midnight.

As far as I know, both milongas have been part of the Nice Tango scene for several years now, so I assume they will be happening this summer. You can get the latest info on indoor and outdoor milongas in and around Nice by checking their tango calendar available here.

What do you think about dancing inside vs outdoors? I’d love to hear from you in the comments below!

By the way, the title of this post is inspired by this tango vals which also happens to be perfect for dancing outside …