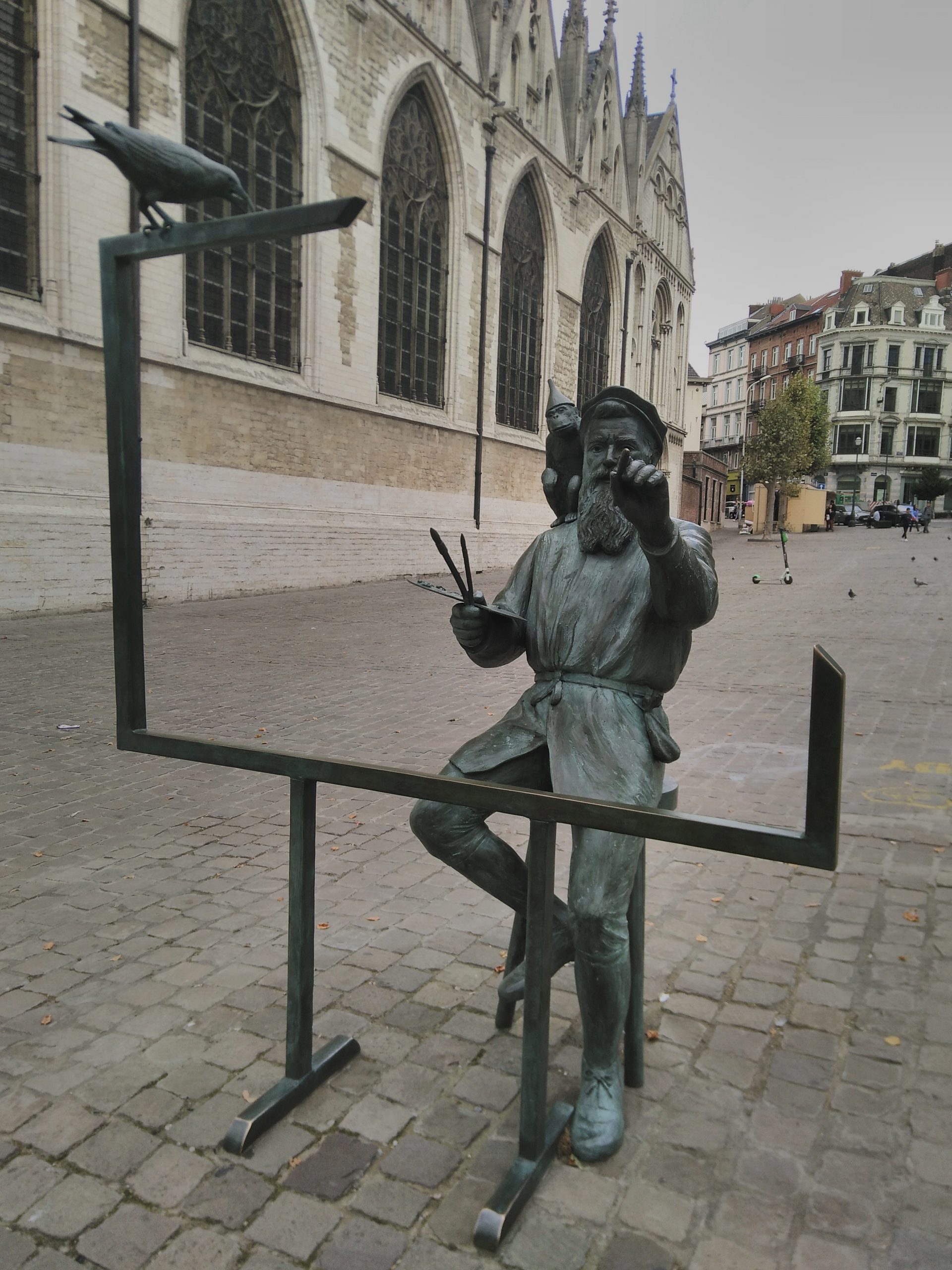 In October, I shared this blog post from two years ago on Facebook and announced my intention to participate in NaNoWriMo for the third time. Subscribers will also have read about it in the newsletter I sent out in October. If you’re wondering what I’m talking about, you can find out more here or read about my previous NaNoWriMo experience here.

Like the previous time I did NaNoWriMo, I did some fairly minimalistic planning in October. I wrote brief outlines for three short stories and brainstormed around 30 ideas for blog posts. It worked the last time, right? Well, as the spoilery title indicates, this time it didn’t.

I started to fall behind in the first week when I missed three days of writing due to work-related stuff. I continued to miss days as the month went on, mostly for reasons that I should have foreseen at the beginning of the month. Overall, there were twelve days when I didn’t write.

If I’m honest, my heart wasn’t in it this year. I know this because during my last NaNoWriMo, I didn’t give up even when I was 8000 words behind. But this time, I had other goals which were more important to me than crossing the 50,000 word finish line.

Could I have made more time for writing? Probably, but I didn’t want to do this at the expense of my health or cutting things that are really important to me. Like dancing tango! 🙂

I found it much easier to write stories than blog posts. My word count really started to stagnate once I began writing the blog posts at the beginning of week three. I stopped writing completely after 25 November, when I left for work-related travel. I could have continued to write when I got back on the 28th, but I have to admit that apart from being super-tired, I got a bit disheartened with not having even made it halfway. What did I achieve?

I will not deny that it was a great feeling when I “won” NaNoWriMo in 2015 and 2017. But despite writing all those words, I have yet to publish a book. But this year, despite losing, I feel like I’m much closer to achieving that goal.

As far as I’m concerned, the whole point of taking part in a challenge is to bring me closer to achieving my goals and not to create unnecessary stress. This time, I planned for three short stories and wrote four (which shows that writing leads to having more ideas!). Two years after I wrote the first 50,000 words of Stories Inspired by Tango, I now have a complete first draft (with some stories at second draft stage). Of course there is still a lot of re-writing and editing to be done before I can send it to beta readers, but … I wrote four stories in twelve days! 🙂

I also wrote six draft blog posts, including a rather long, rambling, stream of consciousness one on why I dance tango which turned out to be a kind of tango autobiography. I’m not sure that will ever get on the blog, but it was fun to write 🙂 In any case, I have enough drafted content to get me until March. Which means: more time freed up for re-writing and editing the manuscript of Stories Inspired by Tango! 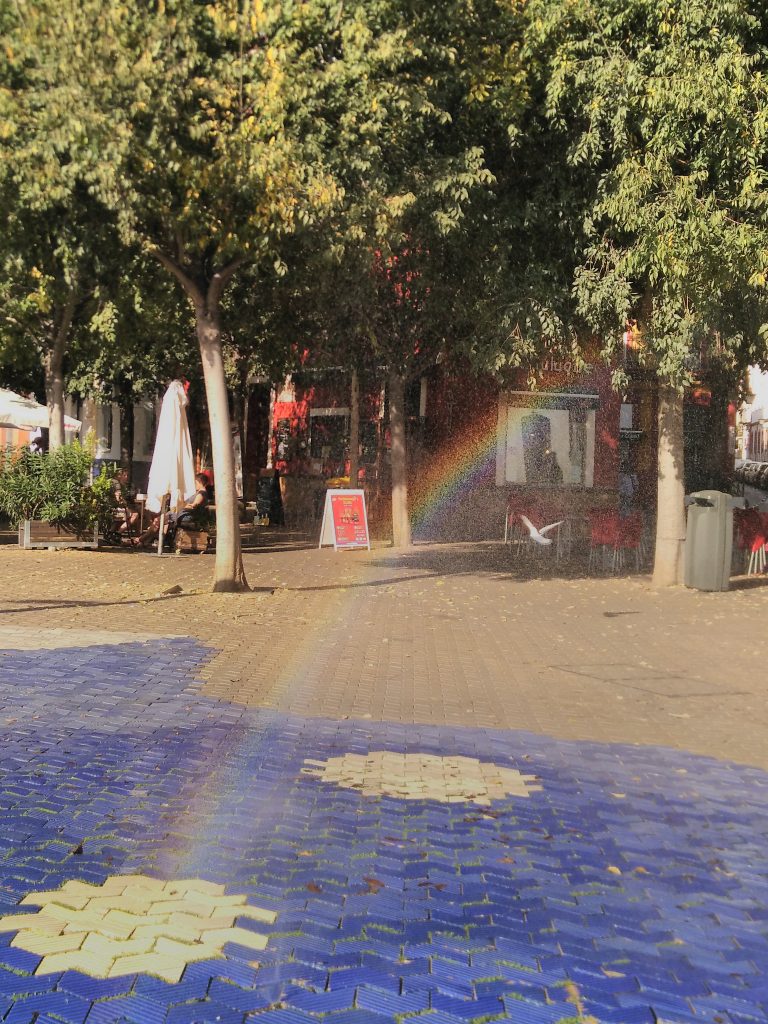 Will I do NaNoWriMo again?

Hell yes! I still think it’s a fun challenge with lots of support and motivation from the online writing community. Deadlines are a great way to commit to finishing a project. One of the key messages of NaNoWriMo is that it doesn’t have to be perfect, you just need to get something on the page.

I really love this article by Scott Meyers (which inspired the title of this post) in which he talks about the “creativity spectrum” which starts at Nothing and ends at Excellence. In between you have Something. And so basically anything beyond Nothing brings you closer to Excellence. Or at least, a final draft! 🙂

And as Elbert Hubbard once said, “There’s no failure except in no longer trying.” So here’s to continuing to try and get words on the page in 2020!

Did you take part in NaNoWriMo or any other creative challenge this year? Tell me how you got on in the comments below!

And if you liked this article, there’s an image for you to pin below 🙂 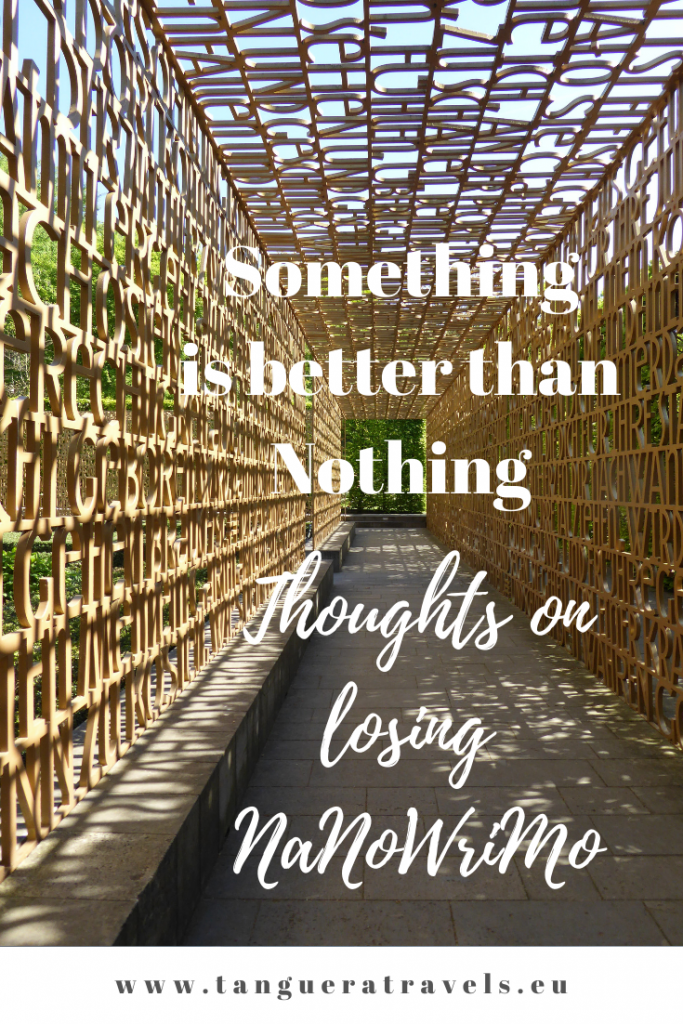